This was not planned. This was the result of having a strip of double-sided adhesive sheet and a bit of the rainbow foil left lying on my desk and my head already in glitter mode for the next Sparkle & Shine lessons.

I stuck the adhesive strip to a scrap of card, applied the foil over the top and then trimmed the card down. Now all I had to do was create a card for my shiny rainbow strip to live on.

I wanted to keep it simple so that the rainbow would be the star, so I raided my patterned paper stash and found this nice neutral piece for the base layer. To add a bit more contrast I die cut the sentiment from black card and gave that panel a scalloped edge at the bottom. I also added black ink splatters to the background paper to give it a bit of balance.

Then, because you can never have enough shiny when you're doing a class called Sparkle & Shine, I underlined the sentiment with a strip of black glitter washi tape.

Once it was all assembled I stepped back and looked at it. And I liked it. But… did I mention you can never have enough shiny?

I added a layer of pico embellisher over the rainbow foil.

And then I covered it in chunky clear glitter.

And then I walked away and let it dry thoroughly.

And I really like the result. A lot of shine and a lot of texture. This is probably my favourite card from the class and it only happened because I didn't want to waste a small strip of foil… 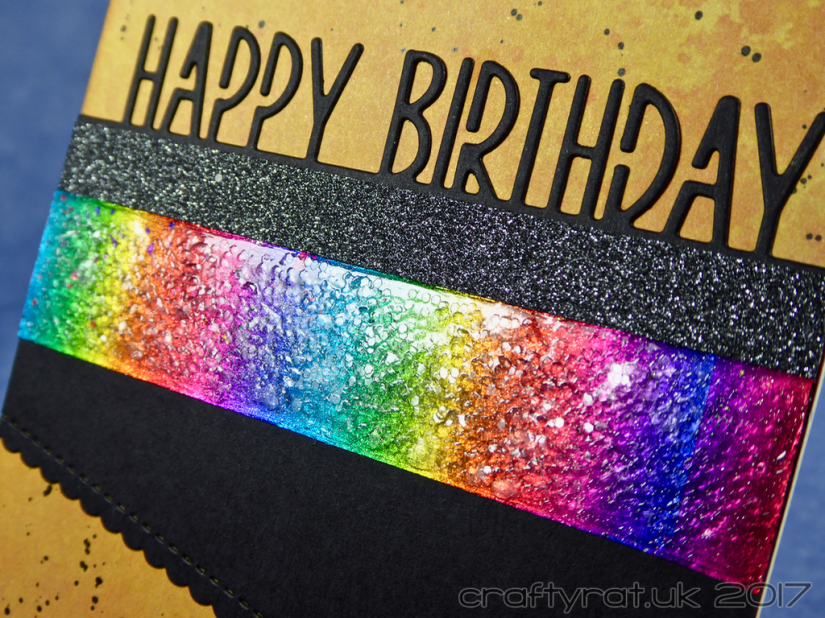